WEEHAWKEN, NJ (ACROSS FROM MID-TOWN NYC)

WHAT IS CAPTIVATE & CONVERT LIVE TRAINING?

Captivate and Convert is an interactive 2-day live event where you will be taken through a series of experiential exercises to open up your creative thinking, connect you with other attendees in a meaningful way and give you ‘outside the box’ presenting skills so you can be seen as a top thought leader and/or speaker and gain greater influence. You will walk away with revolutionary ideas and tools to get your fresh, cutting edge work out to the world. Only the brave and bold shall attend!

Get ready to meet 20 other innovative business owners, industry thought leaders, and key influencers for a two-day journey through optimizing how you show up on stage, at events, in meetings and in your sales conversations to rapidly accelerate your conversations and buy-in.

WHO IS THIS TRAINING FOR?

There are millions of business executives, business owners and speakers out there saying the same blah blah blah message, regurgitating old news over and over. Then they wonder why they have a hard time standing out and growing their brand into a recognized thought leader. If you have something fresh, radical and bold to say and know you want to lead change in your industry, you are in the right place. For you to rise up… and rise up fast, you need to be able to walk into any room and instantly magnetize people to you... and 'normal' speaker training just won't cut it (but more on that later).

If you land in one of these 4 categories, we invite you attend:

Executives looking to gain more buy-in, build their personal brand and increase visibility to their company.

Established Business Owners looking to be seen as a thought leader in their industry and build additional income streams.

Speakers who have accomplished something extraordinary and have a significant body of work in their expertise seeking ways to build their speaking career.

Industry Professionals with a strong expertise who crave to increase their visibility, be seen as an authority and monetize their brand through speaking.

People who have attended in the past have been able to walk into any room and be an impactful, transformational speaker that moves audiences nationally and even globally.

HOW DOES PRESENTING TRAINING FOR THOUGHT LEADERS DIFFER?

Forbes Magazine 2012: “For those who’ve been through speaker training, you know the drill. You leave feeling less authentic than ever, with piles of “correct” postures, gestures, and speech effects to practice"

Great leaders need to be truthful in how they show up. Most speaking training strips you of your unique personality instead of showing you how to enhance your natural brilliance.

Here are some quick examples of the differences between normal verses influencer's presentation training:

When You Attend Interactive Training for Thought Leaders & Speakers, You Will:

Have the ability to mesmerize prospects, audiences and listeners in a matter of moments

WHO IS MINERVA & CINDY ASHTON?

Minerva Enterprises, LLC provides elite presentation training to propel business growth, specifically designed for thought leaders. Our programs generate revenue and exposure for all who attend. Cindy Ashton is the CEO of the company and the presentation trainer for the Captivate and Convert Event. Cindy’s presentation skills are full of passion and astonish the most advanced leaders. Attending our events bring many positive changes to one’s life and career.

By age 3 Cindy Ashton was already wearing sequins, singing classics and dancing around her living room to her audience of millions. Since then she has worked with Broadway directors, Emmy winners and countless others gracing thousands of stages. After over 20 years as a singer / entertainer, she is now the Award-winning TV host of Cindy Uncorked on e360tv, syndicated worldwide on a 190 million screens. Bringing her flare for stage craft to the speaking world, Cindy is also a professional speaker, presentation strategist and CEO of Minerva Enterprises LLC.

Great actors and entertainers are truthful in how they present to the world and have the ability to mesmerize their audiences. Drawing from her extensive background in the performing arts, Cindy will be showing you the same strategies. She has received awards from former President Obama and Queen Elizabeth II for her lifetime of volunteerism, and has appeared in multiple media including ABC, NBC, CBS, FOX, Inc. Magazine and Forbes.

MEET OUR OTHER PRESENTERS

Engage with industry thought leaders who will transform the way you think about presentation, influence and growth.

Jeffrey Hayzlett, Keynote Speaker Topic: How To Grow a Speaking Empire & Be Known as a Thought Leader

A former Fortune 100 CMO, Celebrity Judge on the Apprentice, Hall of Fame Speaker and primetime television host of C-Suite with Jeffrey Hayzlett and Executive Perspectives on C-Suite TV. As a leading business expert, Hayzlett is frequently cited in Forbes, SUCCESS, Mashable, Marketing Week and Chief Executive, among many others. He shares his executive insight and commentary on television networks like Bloomberg, MSNBC and Fox Business.

Li Hayes, Speaker Manager Topic: How To Monetize Your Speaking

After 20 years in Human Resources, planning events and hiring speakers, Li Hayes went to the other side is manages professional speakers. Her Company, Go Leeward, specializes in providing great speakers to small business and entrepreneurial events. She believes success derives from networking and an attitude of abundance. 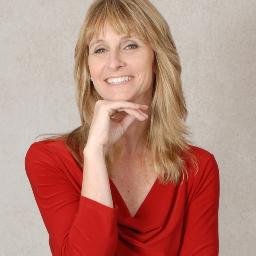 Captivate and Convert will be an immersive and invaluable experience taking place over two action-packed days. The training is designed to take you on a step-by-step journey through every aspect of presentation and how it relates to boosting your conversions, influence and buy-in from the stage to meetings and networking to sales conversations.

6:30pm-9pm: Kick Off Cocktail Party with a live performance from Cindy

9am-10am: Building a Speaking Empire & Be Known as a Thought Leader with Jeffrey Hayzlett

10am to 12:30pm: Speaking Voice Tactics to Close Sales

20 minutes from the Newark airport. Both the Ferry and the bus stop in front of the hotel. Only a 10 minute ride into mid-town Manhattan! Free parking

Check out the results our clients achieve after training with us:

Claudia Harvey, CEO of Dig It Apparel (who was partnered with Kevin O’Leary from Shark Tank), Keynote Speaker, Global Entrepreneur and Philanthropist who was recently featured in the book “America’s Leading Ladies” alongside Oprah and Melinda Gates.

Doug Brown, CEO of Business Success Factors, has advised companies such as Intuit, CBS Television, Procter & Gamble and was the head of creating, training, and presenting high-impact, results-oriented web seminars for prospects of Tony Robbins.

An expert investor, multi-business owner, and author, Craig Dunkerley is the CEO and Founding Partner of BG Wealth Group Inc, empowering others to become millionaires. As a keynote speaker, he has shared with other influencers such as Brian Tracy, Bill Walsh and David Chilton.

This event is highly exclusive. It is limited to only 20 Speakers & Business Professionals. Before registering, please ensure that you fall into one of the four categories listed above - Executive, Established Business Owner, Industry Professional or a Speaker with an Extraordinary Accomplishment.

Note: Tickets are non-refundable but fully transferable. You will be added to our email list upon registration where you will receive your welcome email and occasional updates.

THANK YOU TO OUR SPONSORS